Who Knew, Coffee Beans are a Seed of a Fruit!

Coffee beans are the seeds of a fruit similar to a cherry.  The worlds coffee is grown by small-scale coffee farming families.  Coffee is actually the world’s second most traded commodity, taking a backseat only to petroleum, with the coffee market earning nearly sixty billion dollars annually. The importance of coffee in the world cannot be denied; here are some coffee facts and statistics that coffee aficionados may not even know.

Coffee trees can only be grown where there is no winter frost. Many varieties of coffee plant exist, but only two are cultivated: the Arabica, and the Robusta. The Arabica is considered to be the best quality, but can only be grown above an altitude of 2000 feet, while the Robusta can grow below. It takes three to five years for a coffee tree to reach maturity; in one year, the average yield from a single tree is approximately one roasted pound of coffee. Coffee cherries usually contain two beans, except for the single peaberry anomaly. The peaberry is considered the ‘caviar’ of coffees in some regions, while other regions discard the peaberry as below-grade product.

What’s the deal in Acid in Coffee

Should You Drink Coffee To Cure a Hangover?

The Many Uses of Burlap Bags

Get Grounded! Do you know the differences between coffee grinds?

Show your coffee friends some Rescue Me love!

Receive a $20 discount coupon when you refer a friend and your friend receives 20% off when they sign up!
Madmax says it’s a win win.

Signup or login to your account to start sharing your referral link. 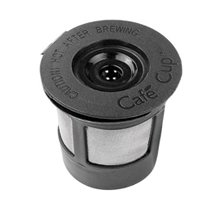